Are you ready to add a child to your family through adoption? Wonderful! We can help you every step of the way. This page will provide an overview of the process and factors which go into an adoption.

An Adoption can be a rather technical and complicated case, depending on factors such as whether it is a Step-Parent Adoption of a child; whether you are willing or wanting to adopt a child who has been removed from a home by Texas Child Protective Services; whether the child legally has a Presumed Father (which may be the case even if the father has been uninvolved with the child, and maybe, even if the father does not even know that he has the child); whether both of the child’s parents are cooperating with the adoption process; and whether one or both of the child’s parents are absent or missing.

Those factors bear on the issue of whether it will be necessary to have a contested Parental Rights Termination case before the adoption can even be considered. And, that issue has a significant impact on how complicated, and long, your adoption effort will be; and also, how much the adoption case will cost. 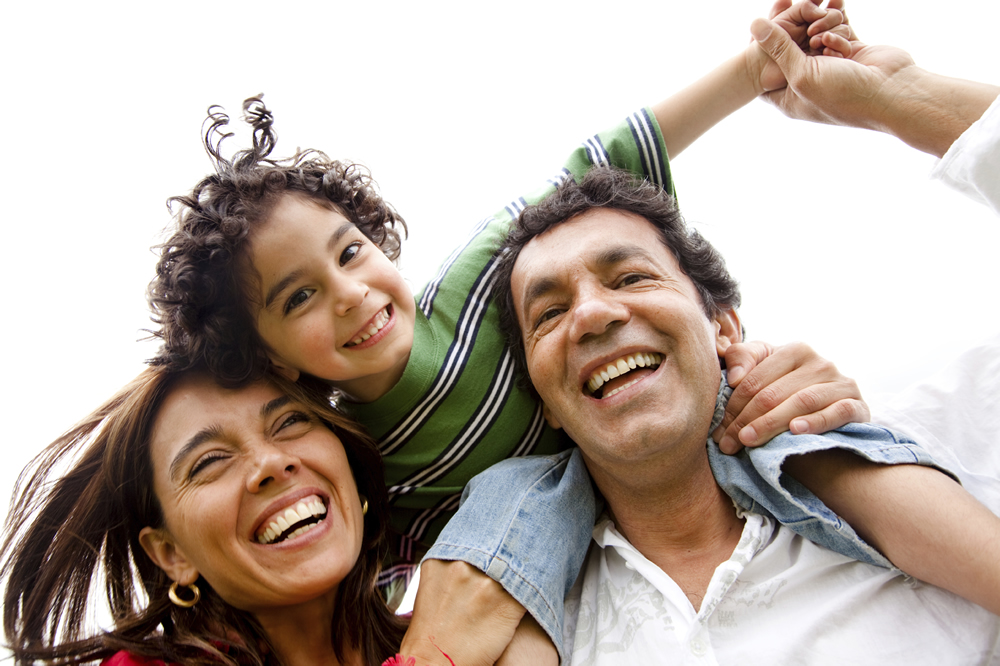 Requirements
There are some things which are required to take place before a Texas adoption can occur, such as the termination of at least one of the natural parents’ rights. This can occur by agreement of the parent, by death of that parent, or by the law, after a trial. Another requirement is for there to be a Criminal Background Check of any person who wants to adopt a child in Texas. Also, the child to be adopted must reside in the household of the prospective adoptive parent(s) for at least six (6) months prior to the occurrence of the adoption. And, there must be a Social Study of that household performed and filed with the court.

Depending on the nature of your adoption, there may be other requirements, such as a Health, Social, Education and Genetic History Report. Your attorney can help you determine just what you will need for your particular case.

Step-Parent Adoptions
These occur when a parent with a child or children marries someone who is not the child’s parent. The other parent is typically absent from the child’s life, and the child thinks of the step-parent as one of his or her parents. The goal is to formalize a relationship which already exists.

If the absent parent’s identity and whereabouts are known, then the initial issue is determining whether that absent parent will voluntarily terminate his or her Parental Rights. In what may come as a surprise to some, these parents often will agree to relinquish their rights, along with their responsibilities, to the child. When that happens, the terminated parent no longer has a right to take possession of the child, nor to be involved in making decisions for that child. Also, that parent will usually not have to pay child support, pay medical bills, nor provide health insurance for the child. If the parent will not agree to the termination of his or her Parental Rights, then the prospective adoptive family will need to ascertain whether an involuntary termination is possible and practical.

Grounds for Involuntary Termination of Parental Rights
If the other parent will not agree to terminate his or her parental rights, then the court may still end that relationship, and allow the adoption to go forward. The Texas Family Code provides that the court may order termination of the parent-child relationship if the court finds by clear and convincing evidence that the parent has:

1. abandoned the child,
2. failed to support the child;
3. put the child in unsafe conditions or with unsafe people, or allowed the child to remain in unsafe conditions or with unsafe people;
4. the father, knowing of the pregnancy, abandoned the child’s mother during her pregnancy with the child, without providing adequate support or medical care to the mother during the pregnancy, and remained away from the child, and failed to provide support for the child, after the birth of that child;
5. Failed to follow a court’s Order dealing with the investigation of child abuse or neglect;
6. Been the major cause of the child not being enrolled in school according to law;
7. Been the major cause of the child being absent from the child’s home, without having the proper consent to do so;
8. Signed an irrevocable or unrevoked affidavit, relinquishing this parent’s parental rights, in accordance with Chapter 161 of the Texas Family Code;
9. been convicted of, placed on probation for, or received deferred adjudication for being criminally responsible for the death or serious injury of a child under the Penal Code, or adjudicated under Title 3 for conduct that caused the death or serious injury of a child, and that would constitute a violation of one of the following Penal Code sections:

14. knowingly engaged in criminal conduct that has resulted in the parent’s:
(a) conviction of an offense; and

15. confinement or imprisonment and inability to care for the child for not less than two years from the date of filing the petition;

17. voluntarily delivered the child to a designated emergency infant care provider under Texas Family Code Section 262.302, without expressing an intent to return for the child; or

(Note: I have tried to list the grounds for termination in plain English, rather than in the statutory language found in the Family Code, whenever I thought that I could do so, and thereby improve the communication of those grounds. In this process, certain grounds were combined, such as those which I list as numbers 3 and 10, above. Accordingly, the grounds listed within the Texas Family Code are stated differently from those found here, in this non-technical writing.)

Other Adoptions
To adopt a child in Texas in a manner other than by a Step-parent Adoption, there are other requirements in addition to the social study, criminal background check, and other reports, discussed above. A person wanting to become an adoptive parent must also fill out an application, including references, and be able to attend training to become educated in some of the issues adoptive kids might face, especially children from abusive homes who may have undergone trauma.

The next step is to decide whether a private adoption agency will be engaged, or a child from Child Protective Services (which is usually referred to by the name of the governmental unit of which it is a part, the “Texas Department of Family Protective Services” or its initials “DFPS”) will be sought. Private adoption agencies are licensed by the state, and they can be a more expensive alternative. But if you choose a child in the custody of DFPS, private adoption agencies can help you at no cost. Visit this site to learn more and find lists of qualifying agencies.

If the option of adopting a child through DFPS is chosen, there is an introductory, free, informational meeting which is informative about the process and how to get started. Visit here to learn where they are held.

At some point the prospective adoptive parents will be directed to attend PRIDE classes (Parent Resource Information Development Education). This is a training required by DFPS for all parents interested in adopting through that department. It has important information about how adoption impacts families, the emotional basics of welcoming a new child, as well as common fears and anxieties, and how to cope with them.

Once the PRIDE is completed, the new parents-to-be will have a Social Study performed of their family, home, and suitability to become adoptive parents. This is an intensive examination of the family members and the household workings to determine if you are able to provide a healthy environment for a child. Some of the factors the social worker will examine are the physical safety of the home, its cleanliness and order, and who will sleep where. The would-be parents are interviewed about their past, and their feelings about their own childhoods, and how they were raised.

This will give the social worker clues about their readiness to become instant parents of a child through adoption. Other things examined include the state of relations between the family members, the stress levels found in the home, and suitability to provide emotional support to the child, as that child begins the process of adjusting to his or her new family and environment. DFPS has a set of disciplinary standards for children placed in adoptive homes and the applicants will be asked their views on the topic, and their plans for developing discipline in the child. There will, likely, be multiple visits so the social worker can observe the family over time.

With the social study process underway, the next step is for the parents to begin actively searching for a child to adopt. There are many, many ways to find children. For example, the DFPS site has a database of available children here.
The National Adoption Center’s site also allows searches for children. http://www.adopt.org/

Once a child is selected, then an attorney is usually retained to take the legal steps necessary to get through the rest of the adoption process. He or she can answer any questions about the adoption that come up, and also provide advice to issues that may arise in the case.

Once the adoption has been approved, the new adoptive parents will bring their child home, as their attorney moves the adoption case forward in court. That process will finally conclude with a final adoption hearing in which the parents will provide some testimony about their willingness to be legally responsible for their new child. Once that has occurred, an Order Granting Adoption will be entered by the court, the court records will be sealed, and the parents can obtain a new Birth Certificate for their child. The process is then over, and the new family can make its way through life just like any other family.

We have two locations in the North Texas area: