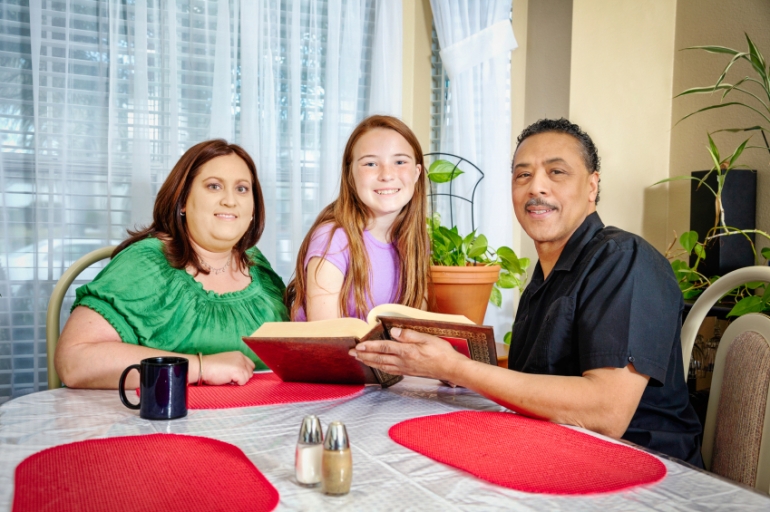 Child custody cases are some of the most serious types of cases heard by our courts. And yet, many people shoot themselves in the foot with their own, silly behavior during their cases. They do this despite having paid thousands of dollars for lawyers, psychologists, mediators, and other professionals involved in these cases. And, they do it even though it works against what they are trying to accomplish by spending numerous hours working on their cases with the various professionals involved with their case. Let’s see some common ways that they do this.

Social media. Facebook, Twitter, Pinterest, and Tumblr are great ways to communicate with supportive people, and to present ourselves in our best light. Well, except for when we post pictures of ourselves misbehaving, or behaving irresponsibly, with our friends and coworkers. Think about that tag of you having fun at that special party or Happy Hour. Would you want that image to represent you a trial? If not, then don’t post it.

Also, if you are involved in a divorce, or contested child custody case, you should think twice about the urge to comment on your case; or, on the fitness of your child’s other parent. And it also doesn’t help your case to have a new romantic interest being interjected into your case by appearing prominently within your Facebook feed. At the very least, that opens up a new area of inquiry for others who are involved in your case. And, anything negative that is discovered about that new lover will be transferred to your character.

Keeping Information from your lawyer. Should I really have to explain why this is a bad idea? Your lawyer will try to present you, and your case, in the light most favorable to your case. It is difficult to do that, when your lawyer doesn’t have all of the facts, positive and negative. Your lawyer need to know all significant information about you during your litigation. That means from the beginning of the case, until that last Order is entered by the Court. With the positive information in hand, your lawyer can highlight it. And, as for the negative explanation, it can be considered and minimized before trial. Your lawyer cannot consider it, ask you about it, and counter it, if it is sprung at trial as a surprise. That puts your case at a disadvantage to where it would otherwise, likely, be.

Involving children in your parental relationship. Over the twenty-five (25) years that I have been practicing law in Texas, I have had the opportunity to represent lots of folks involved in contested Family law cases. While I truly believe that very few of them intend to harm their children, many are oblivious to the damage that they inadvertently do to these young people. Making negative remarks to a child, about that child’s other parent or family members is a behavior that is very hurtful to your child’s emotional well-being. And, it is unnecessary. You can establish your relationship with your child, and make that relationship just as strong as you want it to be, without disparaging your child’s other parent.

Making disparaging remarks about the other parent. Making detrimental remarks to a child, about that child’s other parent, is child abuse. It doesn’t matter if you truly believe or know that what you are saying is factual and accurate. It just doesn’t. It is still child abuse, because it harms your child emotionally, in ways that are all too similar to the emotional effects of physical abuse. That intentional infliction of harm is what is abusive.

Failing to shelter kids from hurtful information. The issue of truth is irrelevant to whether your children are harmed by hearing remarks that are negative about their parent. Hearing you make those remarks makes them think badly of the other parent; or to think badly about you for saying such things about the other parent; or both. This is true even if the child asks, even insists, upon knowing the facts of your case. And, this is true even if you believe that “my kids have the right to know what is happening, and why it is happening.”

You have the right to eat as many hamburgers as you like. Still, you might want to question whether eating a dozen of them a day is a healthy idea. Parents should act in ways that are healthy for their children, even if that means sheltering them from things that are harmful to them; like negative talk about their other parent.

Effects on Children. The mental health workers involved in child litigation are absolutely clear about the damage that such disparaging comments have on children. Children who are in the middle of ongoing parental conflict exhibit psychological symptoms similar to those who have been physically abused. Don’t make a negative comment about your child’s other parent (nor that other parent’s family) within the presence or awareness of your child. If you do so, then you might as well punch that child in the mouth. They are both wrong, hurtful, and child abuse.

Legal effects of involving children in parental conflict. As a practical matter, involving your child in parental conflict can cause Child Protective Services (CPS) to investigate you for emotional abuse of your child. They might even remove your child from you, and seek a court order requiring you to be psychologically evaluated, drug tested, and participating in counseling, in order for you to be able to have any contact with your kids. And, even if CPS does not get involved, your making such remarks to your kid (even if they are true) may very well lead a court to limit your rights to have contact with your kids, just like if your abuse was physical, rather than emotional. I have seen that happen. Courts do not tolerate involving children in parental conflicts. Please don’t do it.

Using your children as Messenger Pigeons. We just discussed how children should not be involved in your relationship with their other parent. Sending messages through your children is another way to involve them in the case in an unhealthy way. Your children should not feel like they are responsible in any way for your current relationship with their other parent. They should, instead, feel free to love and to enjoy being with both parents.

Interrogating your children. For some reason, there are parents who feel like it is ok to use their children as spies on the other parent. Parents who question their kids about what happens at the other parent’s house, or what the other parent is doing, are adding stress to their children’s lives, and are preventing their children from being able to just be kids, rather than be involved in parental conflict. Children should be able to focus on “kid issues,” such as their schools, extra-curricular activities, and who they think is cute, not why Mom and dad can’t talk to one another civilly, nor whether either of their parents is a bad person.

Failing to cooperate with your child’s other parent. A related concept to involving kids in ongoing parental conflict is causing them stress by one parent’s being unwilling to cooperate with reasonable requests made by the other parent. If you can switch weekends with the other parent, and that request is made by you, please be open to doing that. This kind of cooperation reduces the stress that a child feels, and also allows your child to experience things with the other parent that he or she might, otherwise, have to miss. You don’t want the court to think that you can’t or won’t co-parent your child. If the court makes that determination, then its orders will be more restrictive of you.

Role modeling poor behavior for your children. All of the items mentioned so far qualify as “poor parenting behavior.” If your child is exposed to them, then he or she may learn to believe that such behaviors are normal or healthy, when (of course) they are neither. But, parents sometimes exhibit other poor behavior to their children, such as drinking too much, drinking and driving, or abusing drugs. It should go without saying that doing any of those things in the presence or awareness of your child, is a quick way to lose your parental rights.

Inappropriately involving your lover in the child’s life. When one romantic relationship ends, it is normal and natural for us to be open to establishing a new love interest. The courts know this, but this must be done in a way that is healthy for your children. For example, if you introduce your child too soon to your love interest, then if that relationship ends, your child will experience the loss of another person in his or her life. And, if that happens on several occasions, then your child will also see that your relationships are uncommitted and short-term. The lesson that you would be teaching your child is that romantic relationships are supposed to be temporary. That is hardly a good attitude for your child to take into his or her own marriage, or even, other serious relationships. It is a way to set your child up to fail.

Failing to follow court orders. Many Family Courts today have so-called “Standing Orders” which go into effect upon the filing of a case involving a child. These orders typically prohibit certain behaviors and are enforceable by jail time, if violated. During the case, your court may also enter other orders. Failing to comply with any court order is a good way to have the court limit your parental rights not to mention sanction you, fine you, or put you in jail. Also, most attorneys will withdraw from representing you because of that blatant disregard for the authority of the court.

Conclusion. Those items mentioned in this piece are but a few of the more common ways that parents mess-up their child custody cases. Of course, there are others. What these mistakes all amount to an unwillingness or inability to act as a responsible parent. When emotions are running high, such as during the litigation of one of these types of cases, we may have a natural tendency to be carried away by that strong emotion. Your demonstrated ability to resist that temptation and to behave in a manner that is healthy for your kids, should favorably impress the court. That is a great way to get started winning your child custody case!