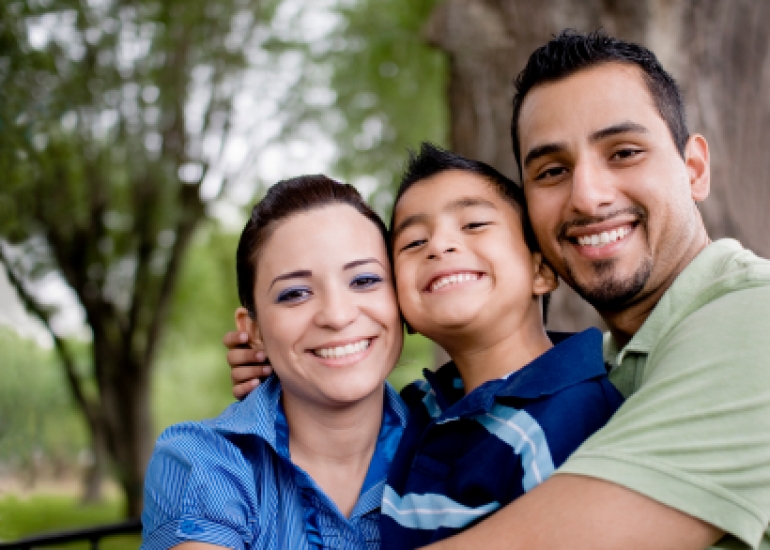 Who Gets Divorced in America and Why?

Most of us have heard the divorce rate in America is high. Overall, approximately half of all marriages end in divorce, according to the most recent statistics. This works out to 6,646 divorces per day, and 46, 523 divorces per week-large numbers. But upon a closer look, the statistics reveal interesting differences in the types of folks who are more or less likely to see their marriages end in divorce.

The numbers reveal that 41% of all first marriages end in divorce. 60% of all second marriages wind-up in Divorce Court. And 73% of third marriages end there. This is somewhat more optimistic for folks who have not already tried marriage. Three out of five first wed Americans will not be divorced during their lifetimes.

Researchers have looked at Americans who divorce, and found some interesting trends. For example, the careers or occupations with the highest reported divorce rates are: dancers and choreographers, who have a divorce rate of 43.05%; bartenders, who divorce at the rate of 38.43%; massage therapists, whose divorce rates clock-in at 38.22%; “gaming cage workers” go through divorce at the rate of 34.66%; and “extruding machine operators” have their marriages end in divorce 32.74% of the time.

Conversely, the listed jobs of those least likely to divorce are the following: “Directors of religious activities and education” get divorced at the rate of just 5.88%; clergy wind-up in divorce court 5.61% of the time; whereas, the marriages of transit police wind-up there 5.26% of the time; optometrists see their way to divorce court 4.01% of the time; and, the chances of agricultural engineers divorcing is just 1.78%.

If both spouses smoke, then divorce is more likely. If one spouse does all of the household chores, then a divorce is more likely in that couple’s future. Married people who frequently socialize with divorced people tend to divorce more frequently than do folks whose friends are mostly other married couples. Spouses who first met each other in a bar are more likely to get divorced. Surprisingly, spouses who have just a daughter or daughters, but no son are more likely to divorce. And not surprisingly, married people who frequently or constantly have significant money problems find their way to divorce court more frequently than those who do not often have that issue arise in their marriages.

The Where
States with the lowest divorce rates are Hawaii with a divorce rate of 9.4%; Massachusetts, whose citizen divorce at a rate of only 9.1%; New York which has a divorce rate of 8.4%; New Jersey, which sees just 8.2% of its marriages end in divorce; and, North Dakota, comes in with the lowest divorce rate of 8.1%.
‘The secret to a happy marriage is if you can be at peace with someone within four walls, if you are content because the one you love is near to you, either upstairs or downstairs, or in the same room, and you feel that warmth that you don’t find very often, then that is what love is all about.” ~ Bruce Forsyth

The Why
Another interesting survey result concerns the reasons stated by divorcees for their divorce. When asked “Why did you get divorced?” the number one answer was not “fighting about money” nor “disagreements about sex.” The number one reason given for divorcing is “Poor Communication.”

So, what exactly is the “poor communication” that so often leads to divorce? “Nagging” is frequently cited by those who have gone through divorce as being a major reason that they became dissatisfied with their marriage. The frequent “suggestions” and unsolicited “advice” that comprises “nagging” often lead to both spouse’s being annoyed. The one being nagged (the “naggee”) is annoyed for obvious reasons. But, the one doing the nagging also becomes frustrated when his or her well-intentioned advice is typically met with an attitude of resentment and irritation.

The ensuing arguments caused by nagging, then become about the appropriateness of the nagging, rather than about the real issues in the relationship: the nagger’s lack of trust and the naggee’s lack of responsibility. Naturally, when this happens enough times, the fun is sucked out of the relationship, and both spouses become disinterested in being together. It is not a far distance from this relationship state to being divorced.

Another poor communication type which tends to lead to divorce (according to surveys of divorced Americans) is “Insincerity.” Spouses communicate in this poor manner when they say “yes” when they actually want to say “no.” Or, they may answer a question with an “I don’t know” instead of stating their true opinion, when they feel like their actual opinion will be rejected or put down. So, in order to avoid a fight, these spouses do not communicate honestly with their partners.

Marriage counselors warn us that dishonest communication does not take a marriage in a healthy or sustainable direction. Eventually, the spouse who is being told the insincere answer learns that he or she is not being told the truth. And, when that happens the feelings of affection between the spouses is replaced by feelings of mistrust, resentment, and anger. Once those feelings dominate, too often a vicious cycle begins, leading to divorce.

“Mixed Messages” are another poor communication technique mentioned by the survey respondents. Besides saying things which are inconsistent with one another, spouses also may send mixed messages by verbalizing one thing, while their body language conveys another message. For example, a spouse may answer a question “How are you” with the answer “fine” while crossing his or her arms. Or, perhaps a spouse, when asked “What is wrong?” will say “Nothing, I’m fine” while shaking his or her head as though irritated or avoiding eye contact. The message received by the inquiring spouse is a dismissive one.

“Competitive Communication” is communicating with one’s spouse in a manner seeking to “win’ an argument rather than trying to understand his or her perspective is another unhealthy mode of communication which often appeared in the survey results. A healthy romance is not about “beating” the other spouse when disagreements arise nor “winning” an argument. That is not exactly the type of message which builds trust and affection nor does it lead to the “peace” described in the Forsyth quote, above.

Divorced people often describe poor communication habits of either one spouse’s interrupting while the other spouse is speaking or attempting to finish the other’s sentences. At this point, the spouses are taking “at" each other, rather than “to” one another. This leads to emotional distance between the spouses being created. And, given enough distance and enough time, a marriage will come unwound when there is significant emotional distance between the spouses.

Finally, impolite comments, such as a spouse saying “I should have figured as much would happen,” when the other one makes a mistake, is obviously unhealthy. But also, the neglecting of common courtesies, such as the saying of “please” and “thank you” can build resentment and distance in the marriage. And, we already know where that can lead.

Ideally, every marriage would be healthy and happy. But, as we know, many of them fall way short of this ideal. Thankfully, we know factors that give marriage a better shot at being successful.

How Divorce Affects Children
Researchers have had decades of divorces in America to study. The effects of divorce on children have been thoroughly examined. They are not encouraging.

Children from divorced families are twice as likely to not graduate from high school as are their fellow students who have intact families through the Twelfth Grade. Also, one of four children of divorce report being emotionally detached from their families at some point before attaining adulthood. Many children of divorce have lower grades in school. And, as one might expect, these kids are more likely to experience problems of behavior or emotion.

Almost every studied society of human beings has one or more forms of marriage. While they vary greatly from one society to another, they all show positive benefits when they are healthy, and have negative effects when they are not healthy.